UHN is a globally recognized academic research hospital known for its pioneering scientific discoveries and advanced clinical capabilities. UHN’s expert commercialization approach, using a honed venture creation model, has propelled UHN onto the world-stage with some of the largest Canadian and international achievements.

UHN requires a consistent, transparent, and scalable approach for new venture creation activities in order to ensure sustainable success. As a catalyst for accelerating the translation of UHN’s world-class research, discovery and clinical innovation into products and partnerships for a healthier world, the role of UHN Commercialization includes the ideation, incubation, creation, and continued support of new ventures at UHN.  New ventures are an important avenue to both steward UHN discoveries and actualize maximum patient impact, while also maximizing revenues supporting the continued growth of research and discovery at UHN.

Creating a healthier world
UHN new ventures are valuable translational paths for research, discovery, and clinical innovation. They are an avenue for launching meaningful products and services that impact patient health and benefit health outcomes and patient lives globally.

Securing fair value for sustainability and re-investment
UHN expects fair value for the UHN Intellectual Property (IP) licensed into new ventures, to reflect its investment in the development of both the innovation and venture.  UHN’s retained commercialization revenues are reinvested within UHN to catalyze future discoveries.

The UHN venture creation approach is unique for an Canadian academic research hospital and is centered around three core areas: the ‘Technology’, the ‘Team’ and the ‘Terms’.

UHN utilizes its in-house capabilities to serve as a scout, incubator, and accelerator for new venture creation.  Powered by these capabilities, new, ventures are launched at pivotable inflection points that are identified through commercial feasibility assessment and  de-risking of  technology, which ensures maximal patient impact and commercial success.  This is achieved in part by:

A. Fully Engaged UHN Resources and Clinical Capabilities
Access to the entirety of UHN’s resources, including its infrastructure, people, service cores, materials, data, clinical expertise through KOLs, and expertise in conducting clinical trials provides a key advantage in the de-risking process.

C. Ecosystem Strategic Partnerships
When warranted, and under UHN’s direction, select ecosystem partner expertise, networks, and programs may be leveraged to add significant value in investment, de-risking activities, and recruitment of management teams.  The negotiated terms governing such relationships must be in line with our ‘Fair Value’ approach below and commensurate with the outcomes achieved.

New ventures created are optimally structured to be successful on a global scale, and all parties are well aligned and incentivized.  Ventures are represented through experienced management teams alongside the Scientific Founder(s), together with critical support from UHN. Optimal team structure relies on:

A. Attracting Elite Management Teams
UHN Commercialization ensures that companies are launched with experienced top-tier global executives and management teams.  In general, these individuals serve as Entrepreneurs In Residence (EIRs) to shape the venture together with UHN.  Their primary goal is to secure internationally recognized capital by leveraging their networks.  EIRs are expected to lead the venture’s launch with UHN support, and share aligned interests. Management teams are provided with success-based compensation when the companies are created.

B. Key Participation from Scientific Founder(s)
The UHN scientific founder is the key inventive scientist behind the foundational discoveries powering the new venture, and they participate directly in the new venture outside of their role at UHN.  They contribute significantly towards the creation of the venture by contributing scientific authority to the business strategy, and supporting the EIR, and the raising of investment.  They are encouraged to participate actively in the new venture creation process from the earliest stage, and then to move into the venture to work alongside the management team.  Formal venture relationships can include consultancy or direct employement  as required by the venture, so long as such relationships are consistent with UHN’s guidelines and approval processes.

C.  UHN as Partner
UHN is committed to being a close partner with its ventures throughout their creation, financing, product development, clinical trials, and other important commercialization milestones.  UHN aligns with the venture as an active value-add shareholder through board participation as well as being a supporting partner in an array of activities, to facilitate the global success of the venture.

A. Top-Tier Investor-Friendly Structure Protecting Canadian IP
UHN Commercialization’s preferred approach is to launch a Delaware-based company with a wholly owned Canadian subsidiary and to license the UHN IP into the Canadian company.  Historically, significant research and development activity occurs within the Canadian subsidiary company, which is typically headquartered locally to UHN. This model has historically resulted in the attraction of top-tier investors from across the globe.  Alternatively, a Canadian-only company launch approach may be preferred in certain circumstances.
‍
B. Option to License then License
UHN and the new venture execute a binding, time-limited option agreement with negotiated license terms.  A fulsome license agreement is triggered once the venture raises risk capital financing sufficient to develop the licensed UHN technologies forward to an important inflection point, enabling the subsequent financing round.
‍
C.  Fair Value Commercial Terms
UHN’s Fair Value commercial terms for the licensing of IP into the new venture include:
·  A “pre-money” dilutable common equity position that reflects UHN’s contributions, which includes an equity position for the Scientific Founder(s) in alignment with UHN’s IP Policy.  Alignment of interests is ensured by providing founding and future management teams with equity positions in the same manner.
·  Diversified licensing terms that typically include financial consideration relating to the venture’s developmental success in achieving milestones, sales royalties, sublicenses, and license transfer.
·   UHN’s preferred clinical access to the product(s) generated.

D. Inventor and Creator Revenue Entitlements under UHN IP Policy
UHN Creators and Inventors benefit from sharing in revenues arising from commercialization of IP, whether it be from sale of UHN equity, or other revenues received from the licensing of the IP, as stipulated within UHN’s IP Policy.

An Inventor or Creator who is a Scientific Founder is provided the option, at their discretion, to personally hold founding equity within the new venture.  The quantity of founding equity allocated to Scientific Founders is determined in relation to the UHN equity share negotiated as part of the terms relevant to licensing the IP, and in accordance with the principles as outlined in the IP Policy.  The Scientific Founder, as an equity holder, needs to personally review equity agreements and financial matters and may want to engage independent legal advice when it is required. UHN Commercialization will help guide that process.  A case example is shown below (for UHN internal only).
‍
E. Scientific Founder’s “Earn-In” of Additional Compensation
UHN encourages and accommodates the independent engagement of a Scientific Founder (and on occasion, other UHN Creators and personnel) with the venture, as required by the venture.  Appropriate UHN processes, including conflict of interest management plans and management approval, enable for interactions including consultancy or direct employment.  Typically, additional consideration, as determined between the venture and Scientific Founder, is provided by the venture, independent and separate from that which UHN negotiates. 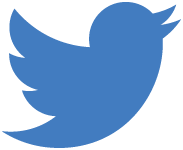